Ambassador Pamela White, a native of Auburn, graduated from UMaine in 1971 with a degree in journalism and began a decades-long career in public service across the globe. She spent the first two years as a Peace Corps volunteer in Cameroon, then earned a master’s degree at the School for International Training in Vermont in 1974.  In 1999, she also earned a master’s degree in national resource strategy from the Industrial College of the Armed Forces.

White joined the U.S. Agency for International Development (USAID) in 1978 and was assigned to West Africa for two years. As a USAID deputy executive officer, she served in Senegal and Haiti; as an executive officer, she served in Haiti, Egypt and South Africa.  From 1999 to 2001, White was deputy director for East Africa in Washington, D.C., coordinating the delivery of much-needed food to Ethiopia and Eritrea, helping develop a six-year Ugandan strategy, and overseeing the expansion of programs in the Sudan and Congo.

She then headed to Mali as deputy and mission director for USAID. Her leadership is credited with tripling the number of girls in primary school, doubling the percentage of children receiving vaccinations and increasing the number of elected women leaders by 200 percent. For her exemplary work, White was awarded Mali’s highest distinction — the Knight of the National Order of Merit.

For two years, White was mission director in Tanzania, where she directed a $130 million aid program focused on HIV/AIDs prevention, malaria control, primary education, conservation of natural resources and control of corruption. During that time, confirmed cases of malaria were reduced by 85 percent.

In 2008, White went to Liberia as a mission director to implement USAID’s second-largest development budget in Africa. Two years later, she was named the ambassador to The Gambia. After two years, White was named ambassador to quake-ravaged Haiti.

White holds the rank of career minister with the senior Foreign Service.  For her lifetime achievements, White was awarded the Bernard Lown ’42 Humanitarian Award from the University of Maine Alumni Association. Today, she makes her home on Orrs Island. 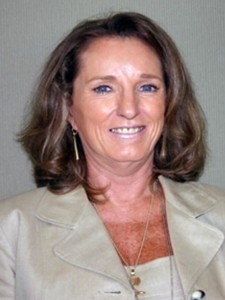