Ambassador Butler devoted four decades as an American and international diplomat to deterrence, crisis management, conflict prevention and promotion of human rights and democracy. He currently helps train U.S. Army units preparing to serve in Europe, the Middle East and Korea. He served two decades on the front lines of Cold War diplomacy before playing pivotal roles in ending conflicts in the Balkans and Northern Ireland and then engagement in the Middle East and Afghanistan. He exposed Communist Bulgaria’s ethnic repression of its Turkish population in 1985, was the chief American diplomat in Belgrade, Yugoslavia during the Dayton/Bosnia peace process, coordinated President Clinton’s involvement in the 1998 Northern Irish peace accord while at the White House as the NSC Director for Europe, implemented Macedonia’s 2001 peace agreement as U.S. Ambassador, led the “civilian surge” for Iraq in 2007 as Deputy Assistant Secretary of State, and in Sarajevo advanced implementation of the Dayton Accords as the international community Deputy High Representative.

As the Foreign Policy Advisor to NATO’s Supreme Allied Commander, he helped shape military policy for Afghanistan and Kosovo. He then deployed to Iraq for a year with the commander of U.S. Forces dealing with shift of operational lead from the military to the Embassy. His last position was as the Civilian Deputy Commander of the headquarters for U.S. European Command confronting the challenges of resurgent Russia aggression and the Syrian spillover.

Ambassador Butler is a Bowdoin College and did graduate work at Michigan and Princeton. 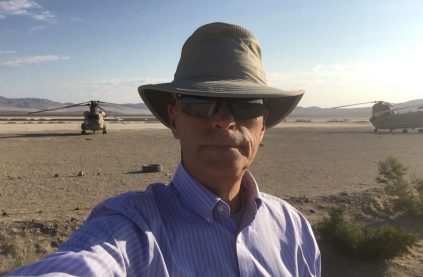